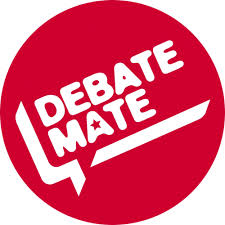 Notre Dame has participated in this exciting programme for the past two years. It has been hugely beneficial to those girls who have taken part and enjoyed by all.

WHY WE DO IT
The UK has one of the lowest rates of social mobility amongst OECD countries. This means that children growing up in poverty are less likely to achieve in school, to attend university, and to find productive employment as adults. By the age of seven, children growing up in poverty—those who are eligible for Free School Meals—are more than twice as likely as their better-off peers to be behind on expected reading levels. Over 60 percent of these children will fail to achieve five good GCSEs, which significantly increases their chances of becoming unemployed upon leaving school.

Growing up in poverty affects not only children’s prospects but also their aspirations. One in four young people from poor homes believe that few or none of their career goals are achievable, compared to only seven percent of those who are not living in poverty. At Debate Mate, we believe that an important part of tackling social immobility is raising students’ aspirations by exposing them to positive role models, helping them gain confidence, and motivating them to fulfil their potential.

Our Mission Statement:
Debate Mate aims to tackle educational disadvantage in some of Britain’s most deprived communities. It does this by recruiting, training and placing university students to run extra-curricular debate workshops in schools with above average Free School Meals. Our programmes raise speaking and listening attainment, as well as improve a range of high order thinking skills and non-cognitive abilities such as confidence, teamwork and leadership. In doing so it addresses the widening skills gap between education and employment, whilst raising aspirations and helping students to make informed post-18 choices. Because we believe that every child deserves equal access to a top education, Debate Mate supports the youth of today to find their voice so that they can become the leaders of tomorrow.

Link to the Debate Mate: https://debatemate.com/â€‹